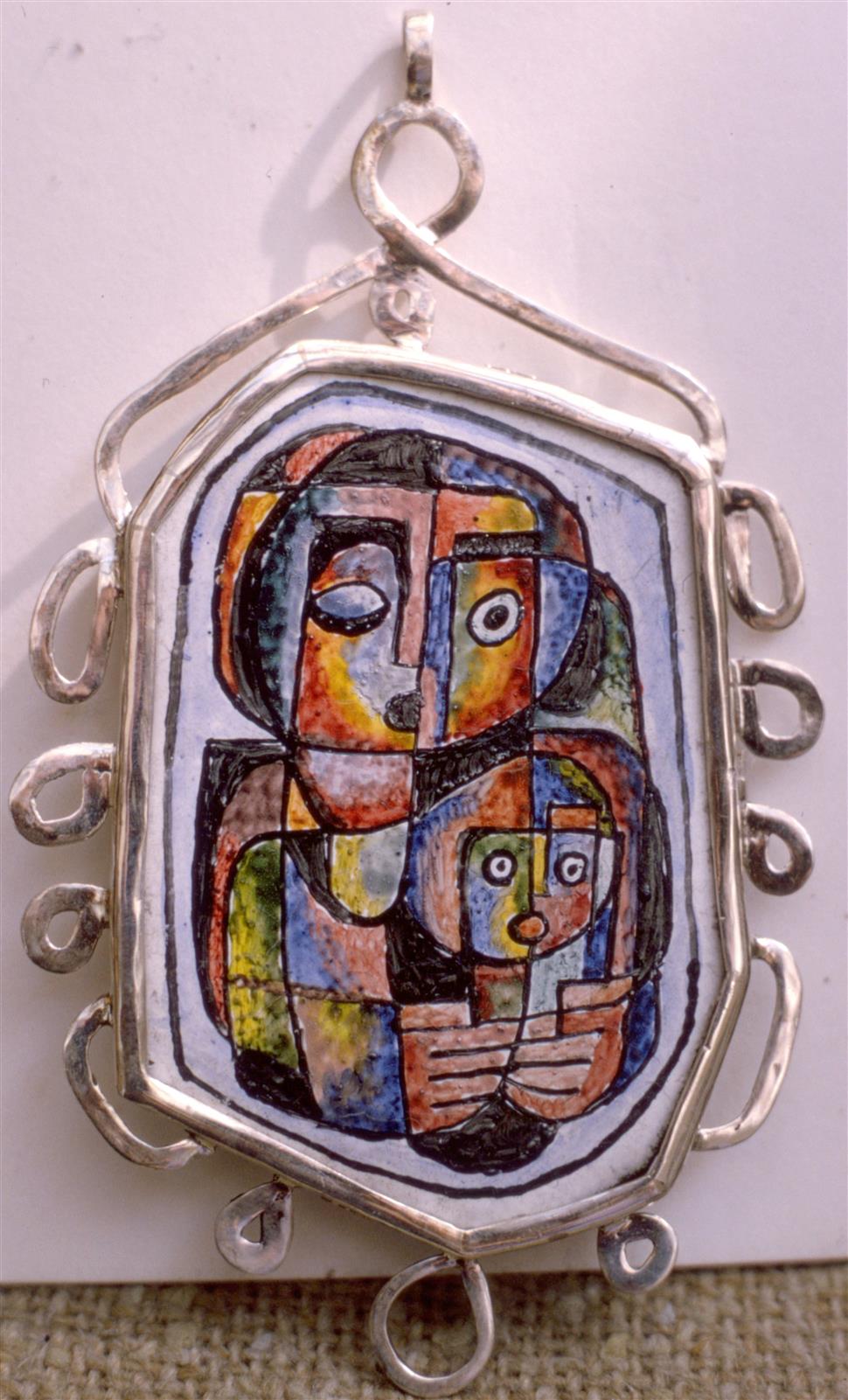 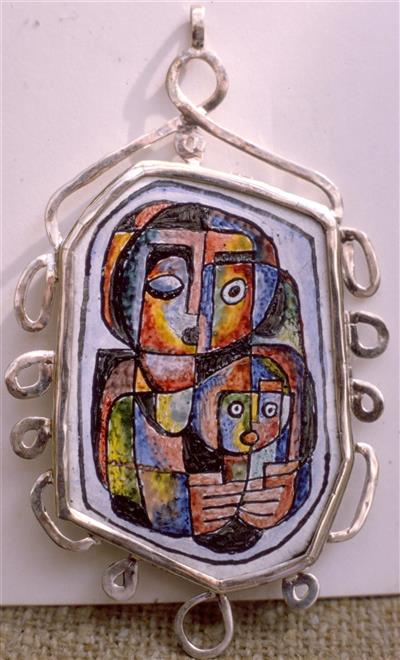 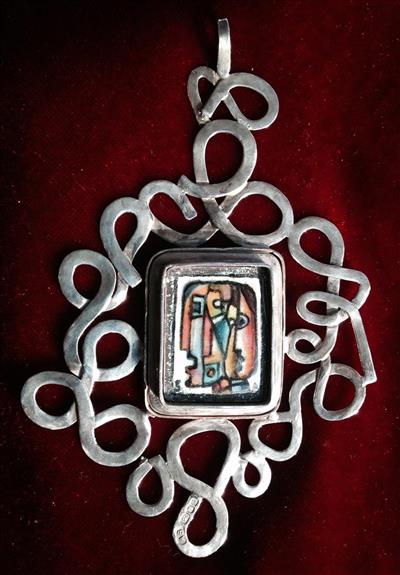 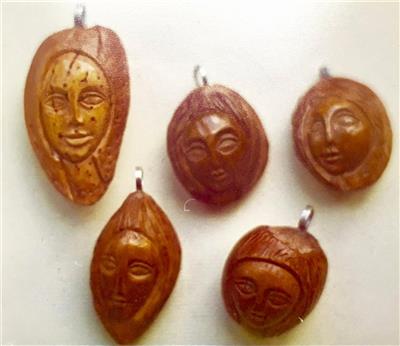 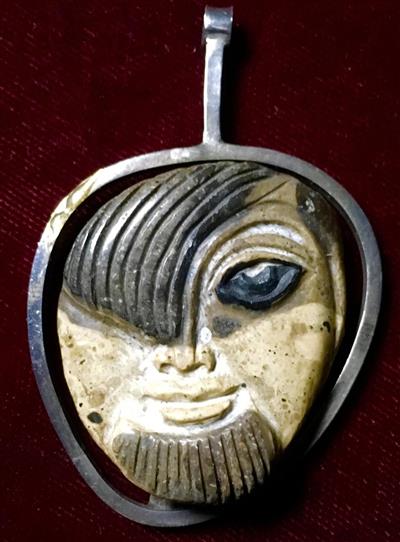 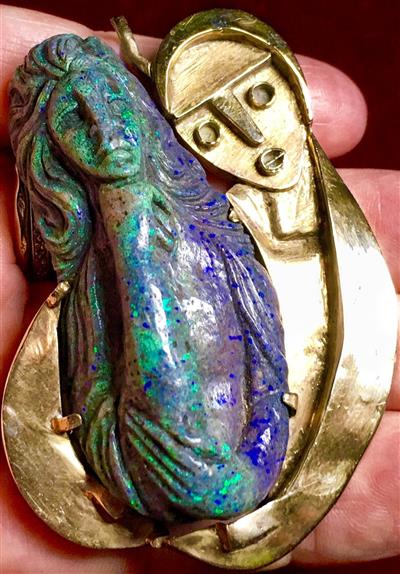 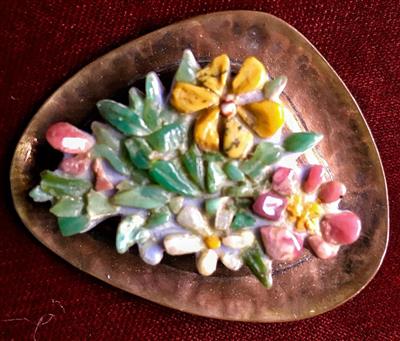 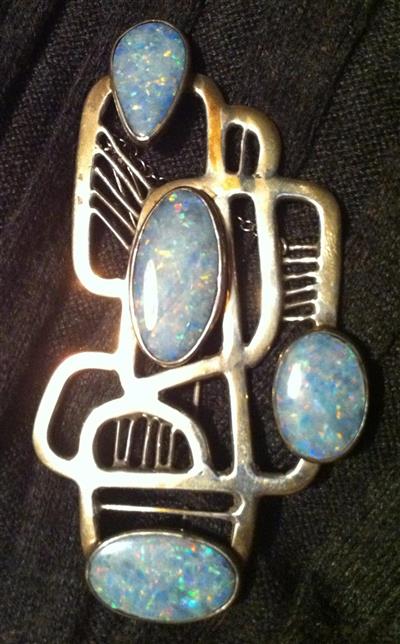 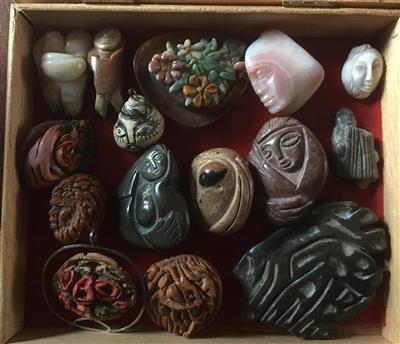 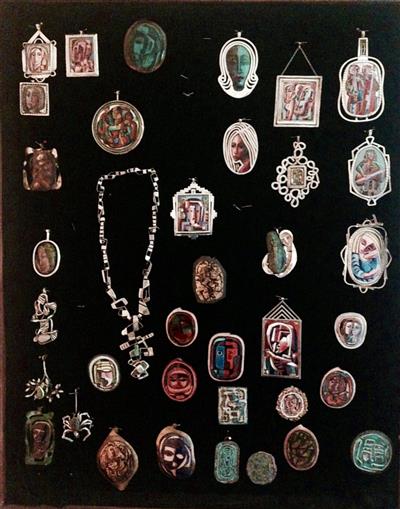 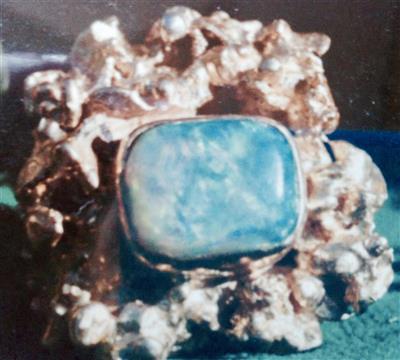 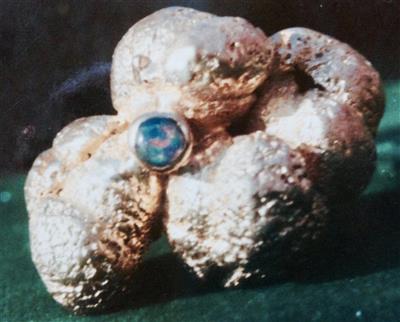 Alex began making jewellery as a way to sustain a living when selling large modernist paintings in 1950's Adelaide (which as an emigrant was very difficult). He began with enamels as miniature paintings to wear, and gradually developed skills in other materials, including carving (seeds, stones, shells, and especially opal), cut-metal works in gold and silver, and electro-forming on natural objects, such as leaves, insects, gumnuts. Alex became a popular opal cutter (because of his skill and honesty!) and he fell in love with the colours, which have a range not dissimilar to his paintings. He invented and created many dramatic pieces in Adelaide which were exhibited as works of art in their own right at his first one-man exhibition in 1966. He is considered to be a pioneer in modern art-jewellery in Australia, and his many massive rings were a sign of the times. In England, he did not continue with the electro-forming due to the needed security of poisonous materials, but the purchase of a kiln took his enamel pendants to another advanced level technically, and he started to frame them in silver, to add to their decorative effect. In the 1970's he sold many carved pebbles, set in silver, to the art jewellery galleries of London. His output of jewellery in his life-time makes this a major form of his artistic expression, and all self-taught from a little paperback book he found in a second-hand shop in Adelaide.