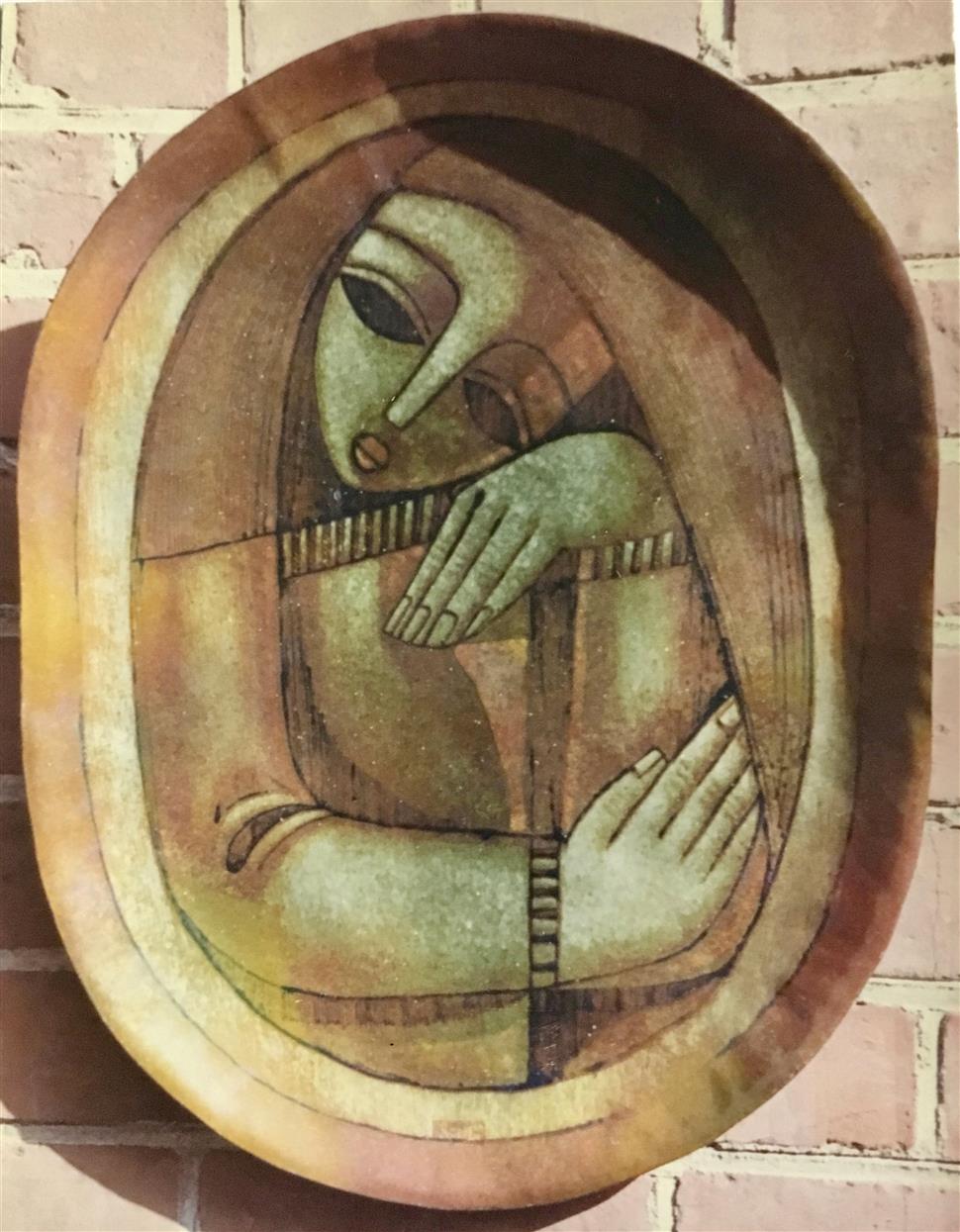 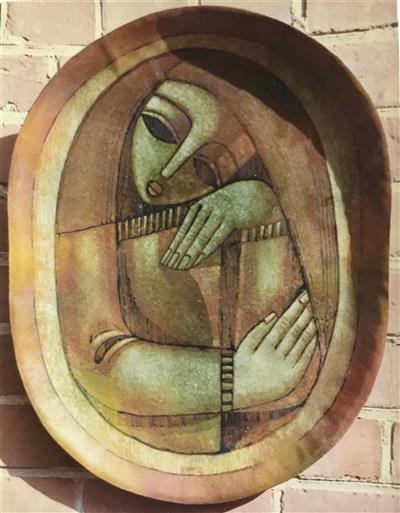 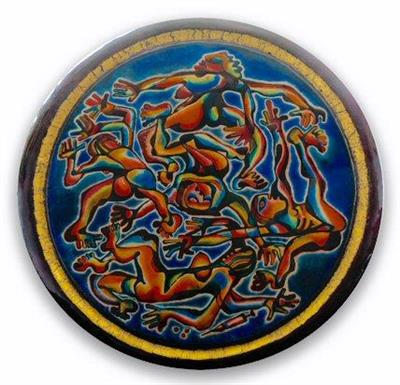 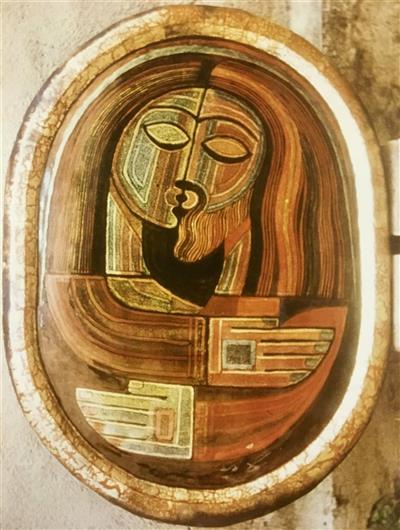 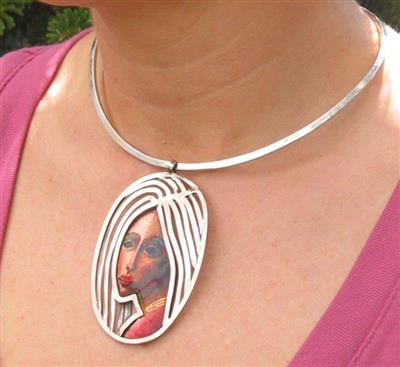 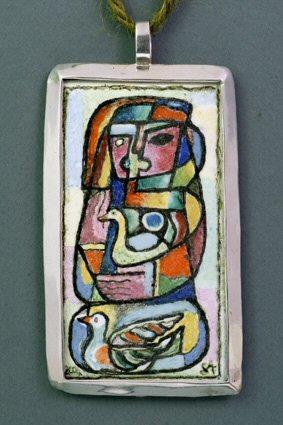 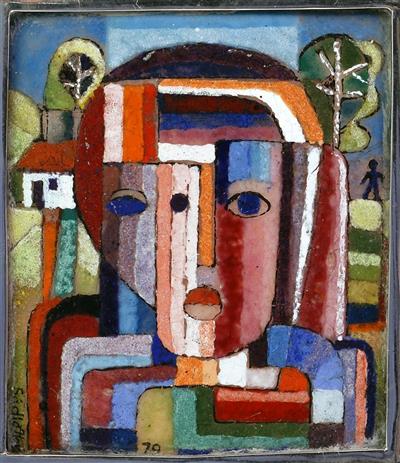 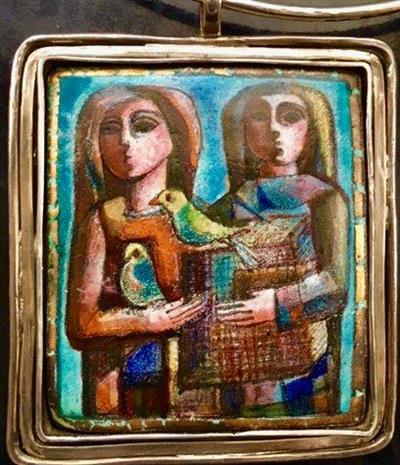 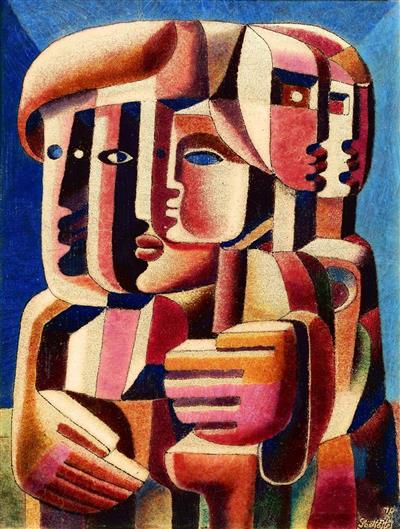 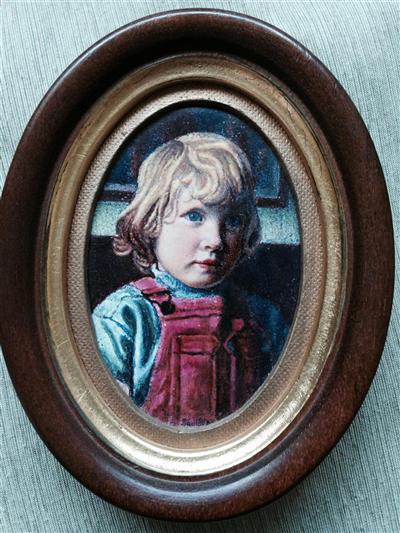 Vitreous enamelling on copper (sometimes on silver) became one of Alex's virtuosities. Influenced by a short period of employment painting Italianesque statues in a ceramic factory in Adelaide, he was deeply attached to the colour permanence and special effects obtainable. In particular, transparent glass on etched copper brought luminous colour. In the mid 1950's it became possible to purchase fine-grade powdered enamels from Austria, and so Alex started to experiment with making small 'paintings' to wear as pendants. He used only an open propane gas fire, even for the very large ones he began to make in the mid 1960's. The process is very painstaking, and of course the colours are different before they are fired, as in ceramic glazes, and so a lot of experience is needed to predict how the work will appear after being melted at 750-800 centigrade. Alex developed a unique technique of using only clear enamel on copper that had been oxidised - turned various shades of brown/red/green which he learned to control - by firing before applying the enamel, and then etching off the oxidised areas in some places until the design was formed. In this way, the flesh of figures was actually the colour of the copper itself, and the clothes and hair remained in various oxidised colours. In England, Alex bought a small kiln and this enabled him to take his skill to the very highest level, creating portraits. For many years he was commissioned by Halcyon Days in London to create enamel portraits for their clients. Over the years Alex produced a great number of pendants, often set in silver. These usually take as long to make, as a large painting, and the permanent nature of enamel gives these these works treasured status.