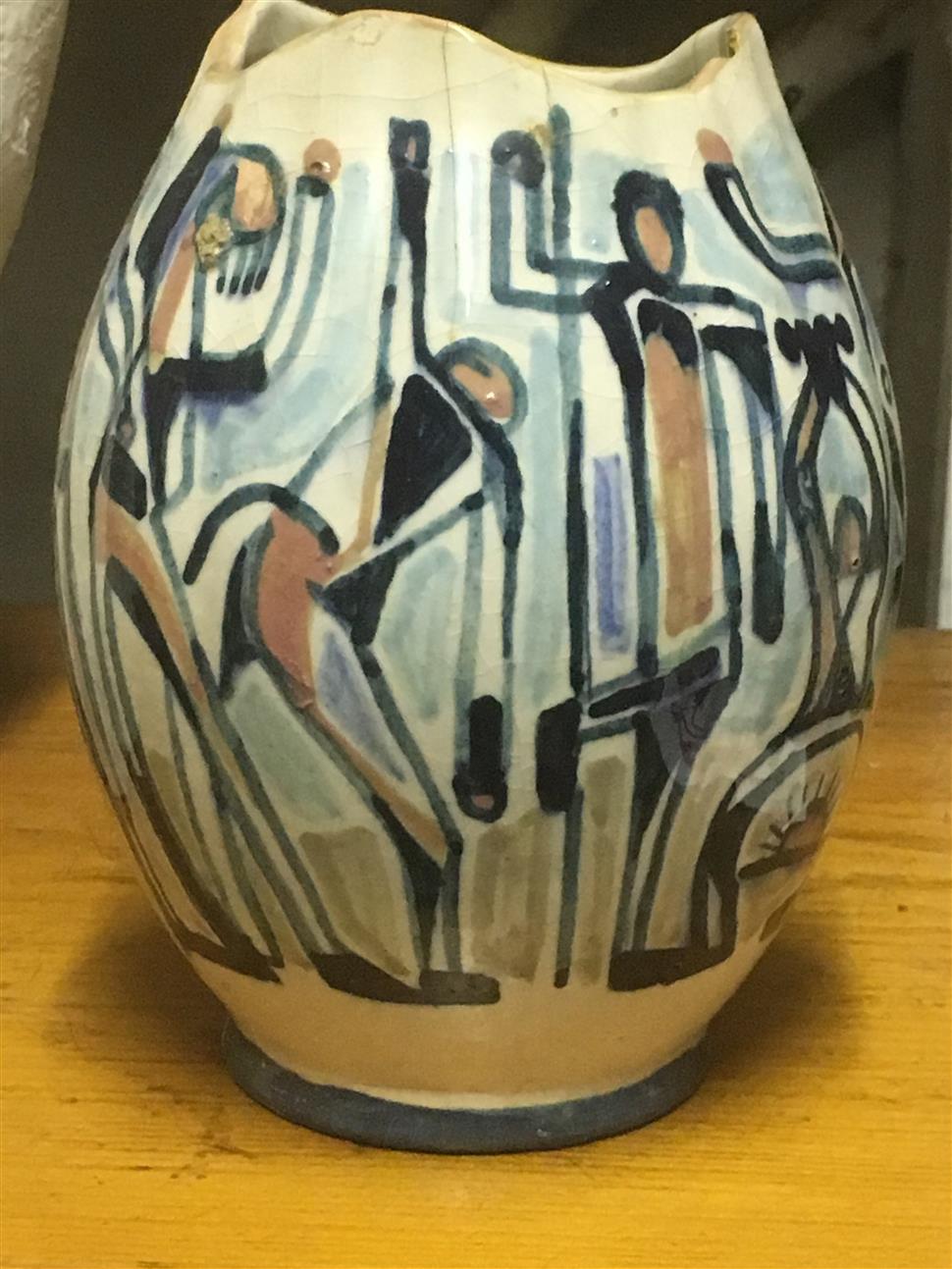 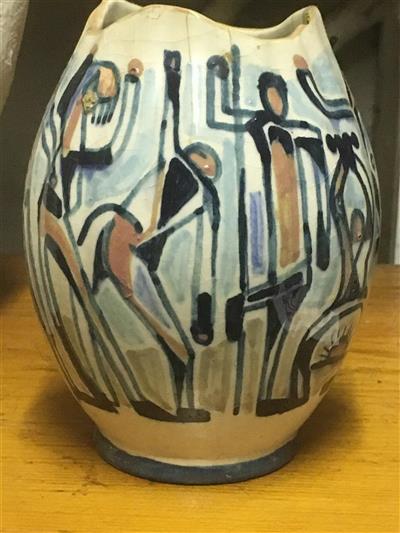 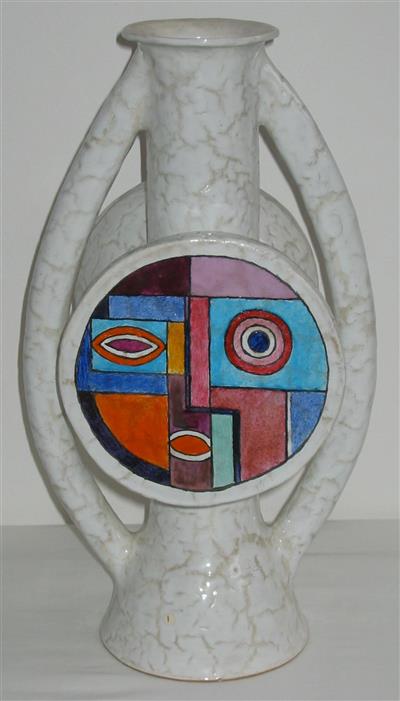 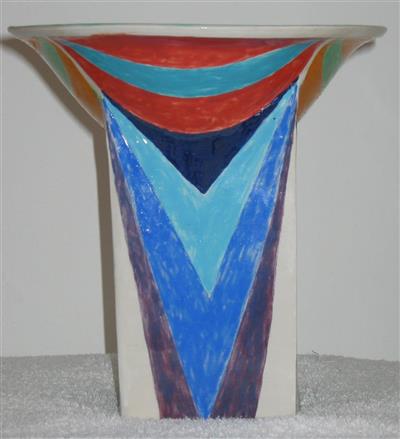 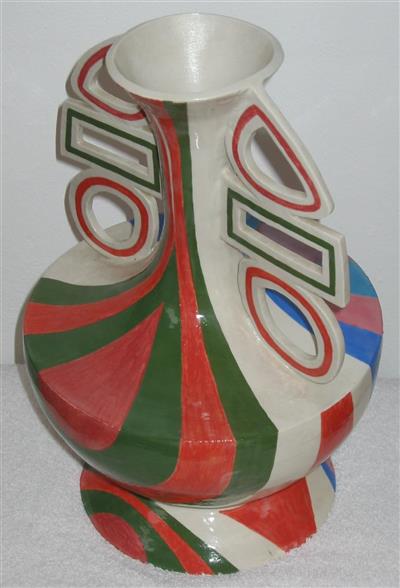 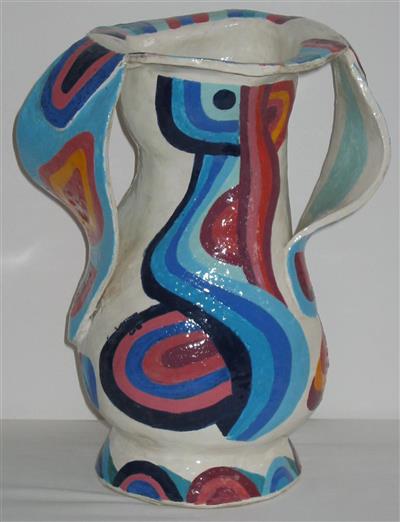 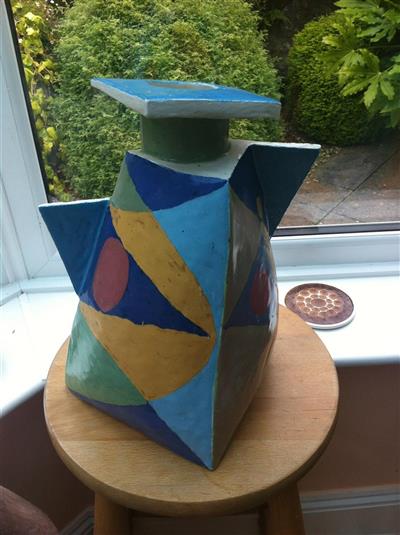 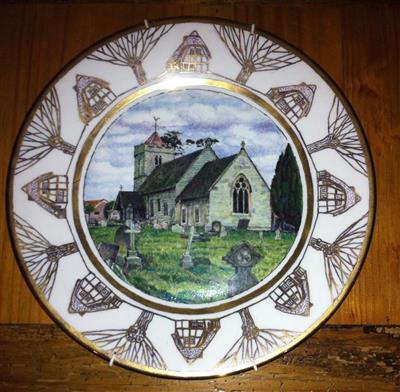 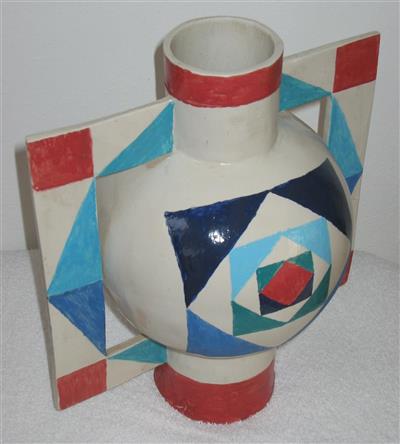 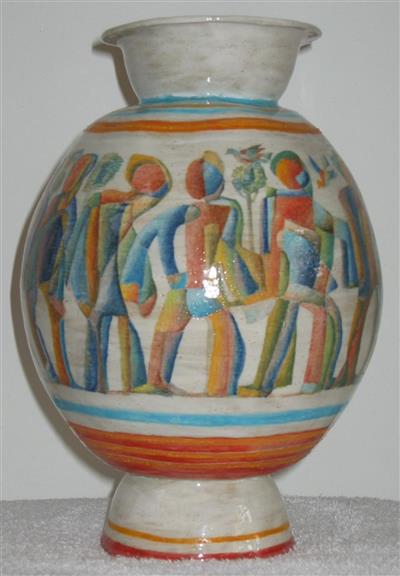 Alex learned some basics of the ceramic technique in the early 1950's when he was offered a job painting moulded pieces in a factory producing religious figures for church shops. It was owned by Italian immigrants to Adelaide. He reports solving some of the problems in the firing process, like excessive losses, through trial and error, and meanwhile he made a few pots for himself as part of the experiments. There he grew fond of ceramic colours and their permanence. On settling in Slough, he built a ceramic studio, and a friend bought him a kiln, so he and Gaynor could develop this medium. Again Alex was highly inventive, for example in his quest to texture in ceramic painting, he fired plaster of paris, usually an anathema to clay causing explosions in the kiln, re-ground it, and mixed it with ceramic paints to great impasto effect. The studio became to look like a chemistry lab, and he took meticulous notes. Alex often free-formed works to get the desired shapes, like making handles around broomsticks. Meanwhile Gaynor studied ceramics with Meira Cummings. Alex had many earlier 1950's drawings for very structured pots, and Gaynor began making those shapes usually in porcelain, which Alex then painted. These forms were very geometric and difficult to convert to 3D. The results are usually large colourful pots rather like contemporary urns influenced by greek/roman painted ware. Plans to create sculptures from many paintings (a lot of paintings have 3D figures in a background, essentially forms ripe for real 3D transformations - which has a lot of exciting potential) has never yet quite materialised.